The following post is from Khaleef Crumbley of Fat Guy Skinny Wallet and Faithful With A Few. Khaleef was the winner of the ‘Best Religious Personal Finance Blog’ for Faithful With A Few at last year’s 4th Annual Plutus Awards! (On a personal note I would like to thank Khaleef and his wife Sherrian for being so encouraging and supportive of me as a new blogger. The bloggers of FinCon are the best!) Although Khaleef has not participated in Ignite, he has attended all of the Ignite FinCon events! Here is his perspective on why you should come and hear from your fellow attendees at Ignite!

As someone who attended every FinCon and every Ignite FinCon event (all 2 of them), I was asked to talk about the event from the perspective of an audience member. Let me first start off by saying that I had never even heard of “Ignite” until Eric started talking about adding it as a part of FinCon.

If you’re reading this, you probably already know what Ignite is, but let me just give you my take on it: Ignite is an event where various presenters talk about a topic they are either passionate or knowledgeable about (usually both), but each speaker gets 5 minutes and has to use 20 slides that auto-advance every 15 seconds.

The first thing that comes to mind about these events is the energy. Because of the format of the presentation, the speaker is usually filled with energy and passion. This quickly spreads to the audience, and by the end, the atmosphere in the room is charged!

Another thing that I enjoyed about the presentations is the focus. The presenters don’t have time for fluff or extraneous words/slides in their talk. They get 5 minutes to persuade you of their position or at least get you interested in learning more.

To be honest, I had very low expectations going into the first Ignite FinCon because the format seemed limited and I never heard of anyone doing this before. I only went to support several of the speakers who were nervous and wanted me to be there to lend them support. I was surprised by how much I enjoyed the presentations and by how excited, positive, and supportive everyone was. One of the presenters (I won’t mention his name here ;-)) froze during his talk, but everyone cheered him on and encouraged him to push through it – no one laughed!

Many of the speakers said that Ignite was a great way for them to shake the nerves associated with public speaking and they felt encouraged to pursue more speaking opportunities in the future. I would suggest that anyone who is on the fence about speaking submit a topic for consideration and voting. Not one of the speakers I talked to regretted their experience.

If you definitely aren’t speaking this year, then I would suggest attending. As I said above, it can be a great chance for you to learn something about a topic or even a presenter that you didn’t already know. Above anything else, it will definitely be an exciting event that you won’t easily forget. 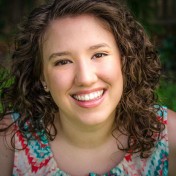 Eva isn't waiting around for adulthood, she's grabbing life by the horns while she is still a teenager. You can join her over at www.teensgotcents.com where she talks about how teens can start their own business, shop smart, go to college debt free and how they can get a great part time job.